Return or exchange within 30 days
Orders placed after 1pm (GMT) will be dispatched the following working day.
Click here for delivery and returns terms.

Oh hello Connie. Please welcome the chunky biker boot that works with everything.  Featuring contrasting laces and a thick rubber sole. The croc effect gives it a funky edge. I will be wearing mine with dresses!

Thank you for submitting a review!

Your input is very much appreciated. Share it with your friends so they can enjoy it too!

Love my boots. They are stylish and comfy and look good with trousers, dresses and skirts. I am usually a size 4 but I sized down to a 3 as a 4 eas unavailable and they are a good fit. 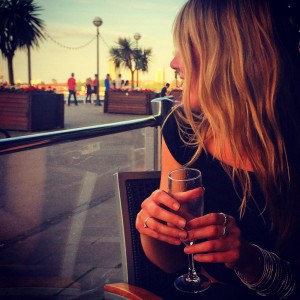 I wouldn’t usually write these kinds of reviews, however given the price of these boots and how much I loved the look of them online - I wanted to share my disappointment. They arrived very promptly, in a bashed box. They had obviously been tried on a a fair few times before I got them . The crease was already indented in the toe area, and the leather inside (the bit your heel pushes against to get them on) was Scraped. The boots looked like the photos but were poor quality. I could see the template used to cut the leather, I suppose due it poor joining around the entire shoe where it meets the sole. Once wearing the boots I felt that if i wore them once or twice and the leather would appear worn, as they felt flimsy. I would expect this kind of quality from a pair of boots from new look. No free returns, and because of the price of the boots, the return postage was £11. I then had to ask where my refund was. I don’t have huge amounts of money, and these were purchased by saving. And I can honestly say, they are not worth the money.

Absolutely love these boots - perfect to wear every day, but they feel really classy so would definitely wear them dressed up too. Very comfortable too!

I adore these boots... Comfy and just perfect

United Kingdom
I recommend this product
My new crush!!

OOOH I love these boots SO much! They look the business & are actually comfortable too- how often do you get that combination? Esska will be my first stop for new shoes going forward :)